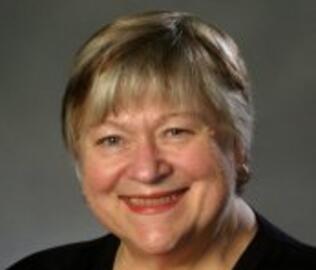 Dedicated to her career in increasing knowledge and awareness of women’s mental health, Angela Barron McBride, PhD, RN, FAAN, received her master’s in psychiatric–mental health nursing from YSN. Dr. McBride’s first book, The Growth and Development of Mothers, was recognized as one of the best of 1973 by the New York Times. She went on to author Living with Contradictions: A Married Feminist and How to Enjoy a Good Life with Your Teenager, and to co-author Psychiatric-Mental Health Nursing: Integrating the Behavioral and Biological Sciences, which earned a 1996 Book-of-the-Year Award from the American Journal of Nursing.

Dr. McBride has served on a number of boards to bring awareness to mental health, including the National Advisory Mental Health Council and the advisory committee of the National Institutes of Health’s Office of Research on Women’s Health, and was president of the American Academy of Nursing from 1993 to 1995. Currently, she designs the annual leadership conference sponsored by the National Hartford Centers of Gerontological Nursing Excellence and chairs the national advisory committee for the Robert Wood Johnson Foundation’s Nurse Faculty Scholars Program.