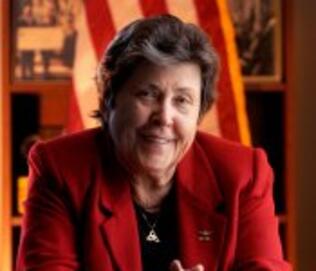 The first woman and nurse to be appointed Commissioner of Veteran Affairs for the State of Connecticut, in 2003, Linda Schwartz, RN, DrPH, FAAN, is known for a long history of involvement in nursing and veteran organizations. For over 10 years, she has served in an advisory capacity to the United States Department of Veterans Affairs. She is an advocate and activist devoted to healing the wounds of war. Linda has provided testimony on veterans issues to the U.S. House and Senate, the National Academy of Science, the Environmental Protection Agency, and the Department of State. In August 2013, President Obama nominated Linda to be Assistant Secretary of Veteran Affairs for Policy and Planning.

Linda received her MSN from YSN and holds a doctorate in public health from the Yale School of Medicine. She was a member of the United States Air Force (1967–1986) and served both on active duty and as a reservist. She retired in 1986 after sustaining injuries in an aircraft accident while serving as a USAF Flight Nurse and holds the rank of Colonel on the Governor’s Military Staff.

She has received numerous accolades for her contributions to the field, including the National Commendation Medal of Vietnam Veterans of America for Justice, Integrity, and Meaningful Achievement; the Legion of Honor bronze medallion from the Chapel of the Four Chaplains; and the Daniel Bissell Award (Military Order of the Purple Heart) in 2011, among other accolades.