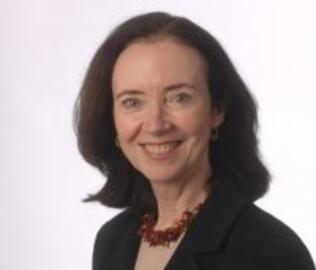 After receiving her master’s degree from YSN in 1980, Margaret Flinter, APRN, PhD, FAAN, FAANP, joined the Community Health Center, Inc. (CHCI) as a National Health Service Corps scholar and family nurse practitioner and began her life’s work of organizing, delivering, and leading transformative primary care for patients and communities most in need of such care.

With a fierce dedication to the belief that “Health Care is a Right, Not a Privilege,” Dr. Flinter has co-led CHCI in its growth from a single storefront to a statewide organization serving 130,000 patients in primary care centers, school-based health centers, and shelters across the State of Connecticut. She has served as a primary care provider and an executive leader, and a restless innovator in creating both clinical programs for vulnerable populations and systems to improve the elegance and effectiveness of primary care.  She served as co-chair of the State of Connecticut’s health reform authorities, “Health First” and “Primary Care Access“ during the lead-up to the Affordable Care Act.

In 2005, Dr. Flinter established CHCI’s Weitzman Center for Research and Innovation in Community Health and Primary Care, which launched CHCI’s national work in research, training, and publication. She is the co-host of a weekly radio show, “Conversations on Health Care,” which connects people with issues of health policy, reform, and innovation, and serves as the national co-director of the Robert Wood Johnson Foundation project Primary Care Teams: Learning from Effective Ambulatory Practices. Dr. Flinter leads a national effort to establish post-graduate nurse practitioner residency training programs based on the successful model she first created at CHCI in 2007. Dr. Flinter is a fellow of both the American Academy of Nurse Practitioners and the American Academy of Nursing.