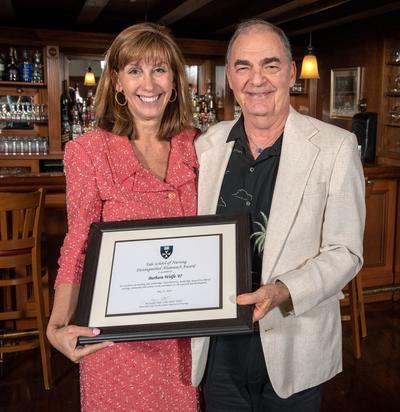 Barbara Wolfe, MSN ‘87, PhD, APRN, FAAN is Dean and Professor at the University of Rhode Island College of Nursing. She was previously the Associate Dean for Research at the Connell School of Nursing at Boston College and held a faculty appointment in Psychiatry at Harvard Medical School and Beth Israel Deaconess Medical Center. Dr. Wolfe is internationally known for her work on women with eating disorders. Her research focuses on the relationship between biological correlates of clinical symptoms and the implications for intervention and relapse prevention. Her work has been funded by the National Institute of Mental Health and widely disseminated through publications and national and international presentations.