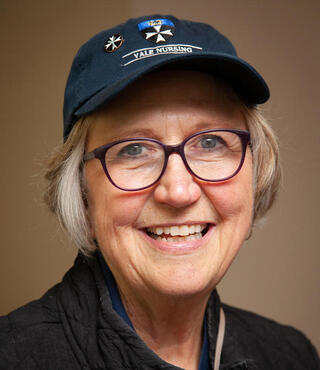 Brenda received her BSN from the University of Missouri and her MSN in maternal-newborn nursing from the Yale School of Nursing (YSN) in 1976. After graduation, Brenda worked at YSN as a clinical instructor/lecturer. She also provided care at Yale New Haven Hospital’s Women’s Clinic, Young Mother’s Program, and in Meriden, CT where she started nurse-midwifery services as a student. Now retired, she has worked as an Army nurse, clinician, certified nurse midwife, director of nursing, manager, educator, and consultant in working in women’s health, public health, home health, and hospice. She has served on numerous local and national boards. Brenda has been serving as a YSN Annual Fund volunteer agent since 2014. She recently served on YSN’s Alumni Association Board of Directors for three years, including the role of Secretary. During her time on the Board, Brenda organized Yale Day of Service events in Oregon and New Haven and was responsible for YSN’s award-winning, largest Day of Service project Newborns in Need. She currently serves as a 2020 Yale Year of Service honorary co-chair.