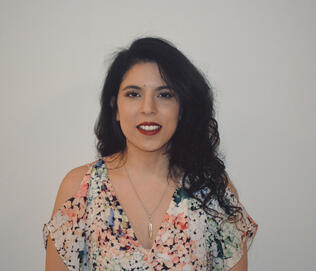 Yale School of Nursing Class of 2021

The Women of My Family

In my blood, I carry the legacy of the heroes that shaped me; the nurturing women from whom I inherited the golden heart that future nurses are born with.

Yet I don’t come from a family of nurses. Their calling, unlike mine, went unanswered. The circumstances of their birth and upbringing ensured they would be denied the chance and the opportunities. Born in poverty and raised amidst violence, they were hobbled with virtual chains affixed to their ankles, unable to move freely beyond the blocks of a small poor neighborhood in a city in the north of Chile.

But they refused to let hostility touch us. The men that forcefully turned them into women before they reached puberty did not get to lay a hand on us. All their nurturing and healing potential was placed solemnly on trying to ensure we would become what they couldn’t. A meal that ought to have served four magically fed ten so no child would go to bed hungry—even if it meant they themselves would have to. The single pair of school shoes they could afford was shared and passed down so no child would be denied the education they were deprived of. In the midst of despair, they gathered together and created the village it took to raise us all.

We did have it better. Frequent and loud laughter is a part of all our childhood memories. But the omnipotent presence of a macho culture was out there, waiting to break us once we left the nest they so lovingly created. We, the girls that became women, were also abused too soon. Red and purple marks blossomed in our skins, and the echo of recent screams became the soundtrack of at least one chapter in our lives. But we didn’t let that define us, and the pull of nurturing professions went on as generation after generation had at least one woman who tried, but for one reason or another, succumbed to the circumstances that scarred their bodies and broke their resolve.

Yet each one pushed a little further than the one before her, and it was their footsteps that I started to follow once the calling made me thrust forward with the urgency of destiny. The beginning was easy; they had cleared the path as they ventured onto it. It wasn’t until I made it further than any other woman in my bloodline that the challenge really began. But there they were, to uplift and encourage me during the journey. Their breaths caught with the collective longing for a letter of acceptance, their tears of joy ran as freely as mine when it finally arrived, their anguish joined my own when the cost of the challenge turned out to be more than I could ever afford, and they used every resource at their disposal to make sure that money wouldn’t keep me from trying.

It was because of them that I became the first woman in my family to hold a college degree, and the first to leave the nest and become an immigrant with a mission: to serve the seekers and the dreamers that had arrived at these foreign lands, just like me.
My successes were the product of a team’s effort, and even after giving me everything, they still had one more gift before my departure. In the middle of our last family reunion, they sat me down and, in my hands, placed years of collective wisdom, of stories of personal wars and times of peace, until my commitment was sealed with fire, and I was thoroughly reminded of who I would serve: women like them, women like me, women like us.

Your duty is to help, they told me, to nurture, to care, to bring health when health can be restored, and to tend to strangers when health has been lost and death is near and waiting—sometimes patiently, sometimes not so much.
Your duty is to protect—from judgement, from harm, especially your own. Take off your beliefs and your morals before you put on your white coat; you will fail your patients if you ever let that taint a medical assessment.

Look at your patients, greet them with kindness, even when they are anything but kind; pain has given them no rest, and by the time they come to you, they are already exhausted from suffering.

You will never be able to understand what it truly means to walk a day in their shoes, but you should always try; society has stolen the voice of many, and it will be your privilege and your responsibility to advocate for them until they get it back.
No person chooses poverty when they have any other choice. When resources are scarce, it’s hard to see the urgency of a future beyond tomorrow. You’ll want to scream in frustration as your recommendations fall onto what seems to be deaf ears and indifferent hearts. Forgive them, forgive us. We have made the same mistakes and have been labelled “non-compliant with treatment”. But prevention is hard when putting food on the table is the daily struggle that overshadows all your waking hours. Treatment is even harder when you have to choose between the medication that could save your life, and the school supplies your child needs to keep chasing a better tomorrow.

Be grateful. Hundreds of strangers will place their trust in you, open their hearts, and confess sins they have not even dared to admit to their gods. Protect their trust and they’ll show you their scars, ask the right questions and their sorrows will come pouring out. But, use anything they share as a weapon to elicit guilt and force compliance, and you’ll lose that bridge to their souls forever.
Honor your degree. You are one of the lucky few that has been given the gift of knowledge and the language to understand it. Be humble, use it wisely, share it freely.

Understand that your mistakes weigh more heavily than those committed by anyone who chose a different path, that is the burden of holding life in your hands. But as the never-ending mystery that humanity reveals as it unfolds, you’ll come to understand that mistakes are inevitable tragedies of our flawed and beautiful existence, and you’ll have to learn to ask for forgiveness, and forgive yourself on the rare occasions that you make them.

Eat, sleep, and stay in touch; you have been called into nursing and this is as much a curse as it is a blessing. You will forsake your own well-being for the sake of becoming the nurse you aspire to be. You will lose birthdays, funerals, dates, and in the process, loved ones who are unable to understand why you choose to care for and console strangers in the most important moments of their lives, at the expense of doing the same for your own people. That is the inevitable price to pay, trying to squeeze whatever living you can do in the breaks between one shift and the next, and accepting the loss of those who are unable to understand it.
It will be hard, impossible at times, they concluded, but rest assured my dear, the sacrifice is worth it, because this golden heart we gave you wouldn’t beat as hard and as passionately if you were doing anything else.

I am here today, representing more people than just myself. With my life, I have promised to build them an altar. Every grueling shift and every sleepless night of studying I have laid as offerings at their feet. Because I would be nothing without my heroes, the best nurses the world never got to know…the women of my family.

Camila Soto Espinoza is a Chilean immigrant with a funny accent who constantly translates her tales into Spanish so her family, who still resides in Chile, can be a part of her journey despite the overwhelming distance. When she was 3, she told her mom that she wanted to be 3 things when she grew up: A Midwife, a reader, and a writer. Ever since then, epeolatry has been her religion. She writes and reads to stay relatively sane, and keep her heart beating at a steady pace.  She graduated from the University of Concepción in 2015, after 5 long years of classes and clinical rotations to achieve her dream of becoming a Midwife. She rejected all opportunities that took her away from the population she truly wanted to care for; underserved, at-risk communities that taught her more about the world than anything ever could. The needs and dreams of her patients inspired her to become a Midwife of the world and cross miles and miles to accomplish it. She is a GEPN student at the Yale School of Nursing, and she will graduate in 2021 as a Certified Nurse Midwife and Women’s Health Nurse Practitioner, with a concentration in Global Health.