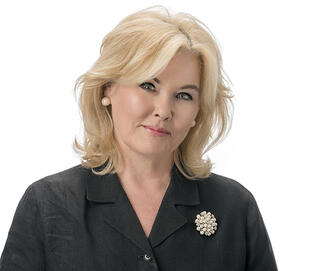 Dr. Kearney is a Professor at YSN and the Yale Child Study Center, having previously served on the faculty of the Columbia University School of Nursing. In addition to her academic career, she has held administrative and executive positions in Nursing and Psychiatry in New York and Connecticut, as well as membership and consultative roles to advisory boards and professional panels across practice, organizational, and policy domains. Dr. Kearney belongs to various organizations including the American Psychiatric Nurses Association (APNA), the American Nurses Association, and the American Psychological Association, to name a few. She is a Fellow of the New York Academy of Medicine, the highest level of achievement and leadership in the fields of urban health care and research. She was a founding faculty member of the Center for Children and Families at the Columbia University School of Nursing  where she was also elected as a Fellow and Charter Member of the Anna Maxwell Teaching Academy. Her clinical background and specialty licensure is in psychiatry and her doctoral research training was in developmental psychology and human development.  She has mentored numerous students across PhD and DNP  programs in nursing, psychology and social work. Her research and advisory work centers on severe trauma in varied populations and continues to have critical relevance for clinical practice, systems level initiatives and policy change.

Dr. Kearney’s research spans the intersections of attachment, trauma and coping in high-risk attachment/caregiving systems across the psychiatric and pediatric spectrum.