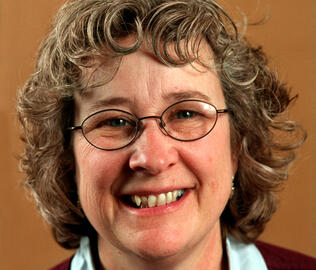 Mary Ellen Rousseau, is a certified nurse midwife at Women’s Center Yale New Haven Hospital and Associate Professor at Yale School of Nursing where she teaches well woman care to midwifery and nursing students by traditional and innovative methods including technology and web-based tools. She received her Masters Degree in midwifery from Columbia University. She began a full-scope midwifery private practice in New Haven Connecticut in 1976. She has been working with midlife women since 1986 as a research associate and in clinical practice. She continues to provide care to women at the Women’s Midlife Clinic at Yale New Haven Hospital which she began in 1994. The clinic serves inner city and uninsured women with midlife health care. She has written many articles on menopause and hormone therapy.

Rousseau has been a nurse-midwife for 32 years and an RN for 5 years before that. She was the first CNM (Certified Nurse Midwife) in New Haven County doing full scope midwifery (which means catching babies) in private practice. She also worked as a research associate at the School of Medicine in menopause research remain close to her heart.

S.A.L.O.N. Project (Strategic Alliance for Learning, Outreach and Networking) developed and implemented by Robin Zingales, APRN; Mary Ellen Rousseau, Clinical Director- an outreach initiative to the African American and Hispanic women through unique partnerships with hair and nail salons in the greater New Haven community to get women into mammography services and enroll them in the Breast and Cervical Screening Services and Well Woman services as appropriate. 2002-

The Annie Goodrich Award for Excellence in Teaching, 1993

American College of Nurse Midwives Award for Excellence, Region I, 1999

Editorial Board member, Journal of Midwifery and Women’s Health