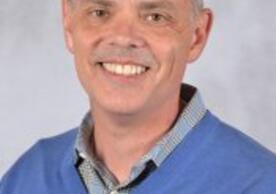 As part of its mission, APOS disseminates the latest science in psychosocial oncology through its annual meeting, which is attended by scientists and clinicians alike. At its 2016 annual meeting, which will be held in San Diego March 3-5, APOS will roll out a certification in psychosocial oncology for clinicians. It also offers quarterly Webinars.

Under his presidency, APOS will continue partnering the cancer care community to ensure that the psychological, social, and spiritual aspects are included in routine cancer care. For the last year, it has been working with the Association of Community Cancer Centers to increase the identification of patients who are in treatment for cancer who need psychosocial health care services. It has just kicked-off an initiative with Genentech to bring psychosocial perspectives to treatment decision-making in the context of new, high-tech cancer treatments. It also works with YSN on a training program to educate cancer care professionals from across the country on screening patients for psychosocial distress. This 5-year program, which is in its third year, is funded by the National Cancer Institute. McCorkle is principal investigator and Lazenby is co-investigator.