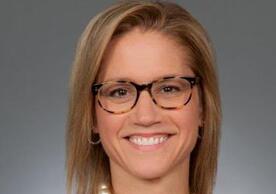 Beth Zapatka has been appointed as Yale School of Nursing’s new associate dean for advancement, beginning Monday, June 11. She will join the senior administrative team at Yale Nursing and will be charged with the management of development, communications, and alumnae/i affairs.

Beth has enjoyed a development career spanning nearly two decades. She has experience with major gifts, corporations and foundations, annual funds, and capital campaigns; has worked with volunteers and boards within higher education, the performing arts, and healthcare.

Most recently she worked with BNY Mellon as vice president, wealth director. Prior to that, Beth served as Yale’s deputy director for Parent Gifts. During her five years on campus, she recruited and managed new team members, solidifying the Parents Leadership Council as a functioning group, oversaw her own national portfolio, and set departmental goals. Beth enjoyed relationships with colleagues across central development, within schools and units as well as in the secretary’s and president’s office.

Her early career was spent in the Hartford area where she served as director of development for the Hartt School at the University of Hartford, overseeing all aspects of their fundraising. She gained capital campaign experience working at Saint Francis Hospital and Medical Center, and at The Bushnell where she focused on corporations and foundations.

Beth can be reached at beth.zapatka@yale.edu