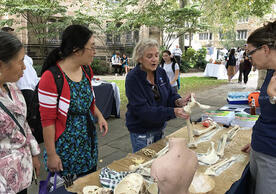 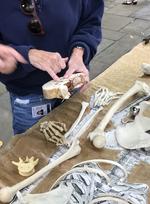 n to human anatomy while emphasizing health and safety, and has developed into a Connecticut-wide public education program.

October 9th marks 317 years to the day that “an act for Liberty to erect a Collegiate School” was approved by the New Haven Colony. That school eventually became Yale University. The whole community celebrated with a festive gathering, including food and live music, along with a series of tours, open houses, and displays in multiple locations around campus. Yale School of Nursing joined with colleagues from West Campus to host a display of some of the important work underway at the now 10-year old campus, and also shared some fun moments, as evidenced in this photo of Dean Kurth taking part in a Yale Blue chemistry demonstration alongside President Salovey, Vice President Scott Strobel, Secretary and Vice President Goff-Crews, Kim Heard, and Chris Incarvito. View more photos here. 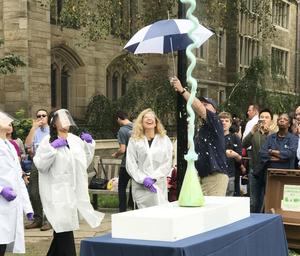