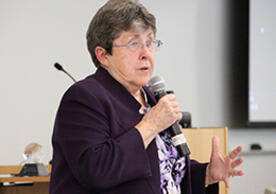 Dr. Linda Schwartz was the speaker at last week’s Scholars’ Day at Yale School of Nursing. She shared many inspiring stories from her time as a United States Air Force nurse in the Vietnam War and her subsequent work to help veterans in her roles as commissioner for the Department of Veterans’ Affairs in Connecticut, and as the Veterans’ Affairs assistant secretary under President Obama. If you weren’t able to join us, her talk was recorded and you can hear it at this link.

Dr. Schwartz received her Master of Science degree from YSN in 1984 and a Doctorate in Public Health from the Yale School of Medicine in 1998. She served in the United States Air Force (USAF) Nurse Corps from 1968 to 1986 (active duty and reserve) until she was medically retired after sustaining spinal cord and brain injuries when the door of her C-141 USAF aircraft was blown off at 30,000 feet. As a disabled veteran, she has worked tirelessly in Connecticut and nationally to improve health care for veterans, including being commissioner of the Connecticut Department of Veterans Affairs from 2003 to 2014 and as the Veterans Affairs assistant secretary for policy and planning in 2014. 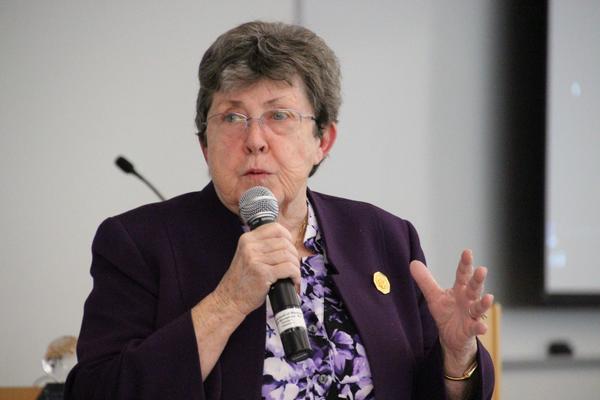