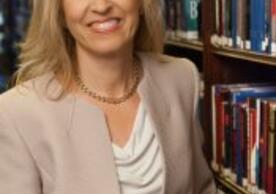 The Friends of the National Institute of Nursing Research (FNINR) presented the 2015 Ada Sue Hinshaw Award to YSN’s incoming dean Ann Kurth at the annual NightinGala event on October 14, 2015, in Washington, DC.

Considered the pre-eminent award given the FNINR, the Ada Sue Hinshaw Award is named in honor of the first permanent director of the National Institute of Nursing Research, YSN alumna Ada Sue Hinshaw ’63. Recipients have a substantive and sustained program of science that affords her/him recognition as a prominent senior scientist.

Kurth earned her master’s in nursing specializing in midwifery here at YSN. Her research focuses on ways to improve the prevention, detection, and care of HIV and other sexually transmitted infections; to promote reproductive health; and to strengthen health systems globally by using information and communication technologies, among other approaches, to further the establishment of health care and workforce training programs. Her work in the United States and abroad has been funded by the National Institutes of Health, the Bill & Melinda Gates Foundation, UNAIDS, the Centers for Disease Control and Prevention, and the U.S. Health and Resources Administration, among others. 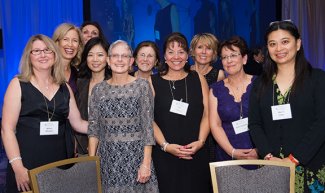 FNINR provides resources to support nursing research and advance the mission of the National Institute of Nursing Research. The FNINR seeks to support research-based practice by educating all health care professionals, Congress, and other appointed and elected officials, and the public about advances made through nursing research and its benefits to patients, families, the community, and the delivery of quality health care.