Invitation to the Sybil Palmer Bellos Lecture on April 11 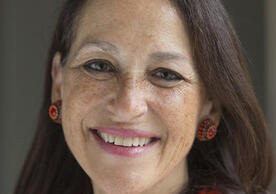 RSVP HERE for the annual Sybil Palmer Bellos lecture on April 11 at 2:00 pm at the Yale School of Nursing. This year’s esteemed speaker will be Dr. Margaret Hamburg who will speak on New Imperatives for Nursing: Making a Difference in a Changing World.  The Wisser Tea will follow the talk.

Dr. Hamburg is an internationally recognized leader in public health and medicine. She is a former Commissioner of the U.S. Food and Drug Administration (F.D.A.), having served for almost six years. As FDA Commissioner she was known for advancing regulatory science, streamlining and modernizing FDA’s regulatory pathways, and globalization of the agency. Before joining F.D.A., Dr. Hamburg was founding vice president and senior scientist at the Nuclear Threat Initiative, a foundation dedicated to reducing nuclear, chemical and biological threats. Previous government positions include Assistant Secretary for Planning and Evaluation, U.S. Department of Health and Human Services, Health Commissioner for New York City, and Assistant Director of the National Institute of Allergy and Infectious Diseases, National Institutes of Health.

As Foreign Secretary of the National Academy of Medicine, the health arm of the National Academy of Sciences, Engineering and Medicine, Dr. Hamburg serves as senior advisor on international matters and is the liaison with other Academies of Medicine around the world. She is President-elect of the American Association for the Advancement of Science, as well as an elected member of the Council on Foreign Relations and the National Academy of Medicine. Dr. Hamburg currently sits on the boards of the Commonwealth Fund, the Simons Foundation, the Urban Institute, the Global Alliance for Vaccines and Immunization, the Parker Institute for Cancer Immunotherapy and the American Museum of Natural History. She is chair of the Joint Coordinating Group for the Coalition for Epidemic Preparedness and Innovation, and a member of the Harvard University Global Advisory Council, the Global Health Scientific Advisory Committee for the Gates Foundation, the Harvard Medical School Board of Fellows, and the World Dementia Council.

Dr. Hamburg earned her B.A. from Harvard College, her M.D. from Harvard Medical School and completed her medical residency at Weill Cornell Medical Center. She is the recipient of multiple honorary degrees and numerous awards.

Established in 1964, the Bellos lecture honors 1927 Yale School of Nursing(YSN) graduate Sybil Palmer Bellos, who led an exemplary nursing career, working with immigrant families in New York and holding several leadership positions in New York and Connecticut. Each year, the Bellos lecture features a remarkable individual who epitomizes Bellos’ dedication to expanding the frontiers of healthcare.

The talk is free and open to the public.