Jacquelyn Taylor Inducted as Fellow of the American Academy of Nursing 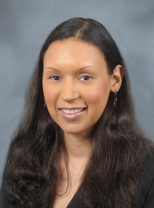 Jacquelyn Taylor, PhD, PNP-BC, RN, YSN Associate Professor, was recently inducted as a Fellow of the American Academy of Nursing (FAAN). Fellowship in AAN is awarded in recognition of outstanding contributions and achievements in the nursing profession.

“Being selected as a FAAN is one of the most prestigious honors in nursing,” Dr. Taylor commented. “I am humbled to be recognized by the leaders in the profession and I am eager to serve.”

For becoming a Fellow of the American Academy of Nursing (FAAN), the following was read at the induction:

The Academy is constituted to anticipate national and international trends in health care, and address resulting issues of health care knowledge and policy. Not only is the invitation to Fellowship recognition of one’s accomplishments within the nursing profession, but also affords an opportunity to work with other leaders in health care in addressing the issues of the day. The Academy’s mission is to serve the public and nursing profession by advancing health policy and practice through the generation, synthesis, and dissemination of nursing knowledge.