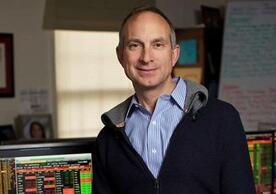 Yale School of Nursing is delighted to announce a generous gift from James (Jim) Leitner, ‘75, to establish a scholarship to support a PhD student from an international or diverse background.

A member of the School of Nursing’s Dean’s Leadership Council, Jim is an avid supporter of global health and an enthusiast for the school’s ongoing work to advance a diverse student and faculty population. His belief in the critical need for leaders in the field of nursing science propelled him to invest in supporting the PhD program at Yale, which integrates evidence-based care with practice, to meet the social mandate of better health for all people. It will completely cover the expense of a student’s three-year PhD experience.

Jim described, “In talking with a nurse, I realized that each and every day, she was a globalizing influence in her work in healthcare. She was affecting human lives in a way that transcended borders – helping address a vast array of human challenges. In today’s world, borders are increasingly impermeable; we have more disparate groups driven by race, social standing, politics – people are not communicating with each other. Nurses reach all across these areas. They are people who can touch each other, metaphorically and physically, but also viscerally. I love the idea of helping those whose mission it is to equip educators. You can support one person as a practicing nurse, or you can support one PhD student who becomes an educator who can produce a thousand students.”

Jim created the fellowship to be awarded to a student from a diverse or underserved population. “I think that this country needs a debate on race – something that has had an enormous impact on the history of the United States. When we undervalue people from marginalized backgrounds, we hurt the potential of our country. If I can direct some of my philanthropy to ameliorate some of the historical imbalances, that would make me exceedingly happy. It’s up to us to make the school more diverse.”

According to Dean Ann Kurth, “One of Jim’s many wonderful attributes is his ability to synthesize information and to identify areas of opportunity and need that are ahead for us. He not only understands what nursing contributes globally, but also the importance of having a strong pipeline for faculty and scientists. Coupled with his strong interest in evolving a diverse faculty to accurately represent the communities we serve, Jim’s gift addresses both these important areas. We are thrilled to partner with him.”

Jim’s support for the School of Nursing is just the latest in a stream of generous gifts over the years that have impacted multiple sectors of the university, including astronomy, engineering, and Pierson College. He also funded a professorship and several internships at the Whitney and Betty MacMillan Center for International and Area Studies.

Jim Leitner serves as President of Falcon Management Corporation, where he manages absolute return portfolios. He worked as an FX trader at Morgan Guaranty; Chief Dealer at Bank of America International; Vice President for proprietary trading at Shearson Lehman; and Managing Director in the Global Trading Department at Bankers Trust. He grew up in Germany and Turkey, and has been a Director of Straumur-Burðarás Investment Bank Ltd.

He has served as a member of the Yale Investment Committee, the Dean’s Council of the School of International and Public Affairs at Columbia University, and the Dean’s Planning Council and the Crowley Advisory Committee at Fordham University Law School. He holds a Bachelor’s Degree in Economics from Yale University, where he concentrated on Russia and Eastern Europe; a Master’s Degree from Columbia University, where he specialized in International Finance; and a JD from Fordham University Law School.