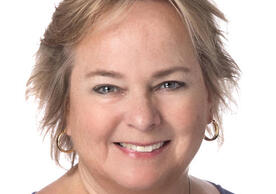 Congratulations to Dr. Martha Swartz, Professor of Nursing and Chair of the Primary Care Division at YSN, who will be honored with the Alumnae Award for Excellence on October 7 from Case Western Reserve University’s Frances Payne Bolton School of Nursing in Cleveland, Ohio. The award recognizes alumni who have demonstrated outstanding leadership and achievement in nursing, and who have made significant contributions in nursing or in related areas of health care.

Since 1981, Martha K. Swartz has held a joint clinical appointment as part of her larger academic role as a pediatric nurse practitioner at Yale New Haven Hospital Pediatric Primary Care Center. She has held several appointed leadership positions as a faculty member of Yale University School of Nursing, including coordinator for the Pediatric Nurse Practitioner Specialty, Assistant Dean for Academic Affairs, Associate Dean for Clinical and Community Affairs, the Deputy Health Information Privacy and Accountability Officer, and Chair of the Primary Care Division through which she now oversees six APRN clinical specialties.

Through her academic career, her authorship and dissemination of Pediatric Nursing: Scope and Standards of Practice, and due to her tenure as Editor-in-Chief for the Journal of Pediatric Health Care, Dr. Swartz has been widely cited as a clinical expert who has steadily promoted improvements in pediatric health care. She has received numerous awards for her contributions including the Virginia Henderson Clinical Scholarship Award from the Delta Mu chapter of Sigma Theta Tau, was designated as among the Top 25 Pediatric Nursing Professors, and was also inducted as a Fellow into the American Academy of Nursing.