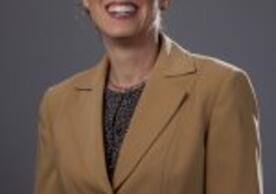 On Wednesday, June 24, 2015, Yale University President Peter Salovey announced the appointment of Ann Kurth as the next dean of YSN. He wrote:

“To the Yale School of Nursing Community:

Dr. Kurth’s long trajectory of personal and professional accomplishments in both the academic and global spheres makes her eminently qualified to lead the Yale School of Nursing as it continues to expand its educational, research, and clinical programs in its state-of-the-art facilities on West Campus. Her leadership in promoting health care around the world fits in ideally with the YSN mission of promoting better health for all.

Furthermore, Ann is no stranger to YSN, having earned her master’s degree in nursing (specializing in midwifery) here in 1990.

As a clinically trained epidemiologist, Dr. Kurth focuses her research on ways to improve the prevention, detection, and care of HIV and other sexually transmitted infections; to promote reproductive health; and to strengthen health systems globally by using information and communication technologies, among other approaches, to further the establishment of health care and workforce training programs. Her work in the United States and abroad has been funded by the National Institutes of Health, the Bill & Melinda Gates Foundation, UNAIDS, the Centers for Disease Control and Prevention, and the U.S. Health and Resources Administration, among others.

Dr. Kurth is currently professor of nursing, medicine, and public health at New York University. At the NYU College of Nursing, she founded and is executive director of NYUCN Global, which conducts research and implements programs to improve the health and well being of individuals, families, and communities in the United States and throughout the world. She holds the inaugural Paulette Goddard Professorship  in Global Health Nursing, and is also associate dean for research at the NYU College of Global Public Health and professor of medicine in the NYU Department of Population Health. In addition, she is an affiliate professor at the University of Washington School of Nursing and at the UW Department of Global Health.

She has published about 140 peer-reviewed articles, book chapters, and scholarly monographs, and edited one of the first books published on women and HIV: “Until the Cure” (Yale University Press 1993). She is a regular reviewer for public health, medical, and nursing journals.

Dr. Kurth has consulted for the NIH, the Gates Foundation, the World Health Organization, and the CDC, among others. She was a member of the Institute of Medicine (IOM)/National Academy of Science Committee on PEPFAR Evaluation (report to Congress 2013), where she led the Health System Strengthening workgroup.

The awards for her science and leadership include the International Nurse Researcher Hall of Fame award from Sigma Theta Tau International, the global nursing honor society. She is a board member and treasurer of the Consortium of Universities in Global Health, and a fellow of  the American Academy of Nursing, and the New York Academy of Medicine. Dr. Kurth was elected as a fellow of the IOM/National Academy of Medicine in 2013.  She is a member of the 2014-2018 US Preventive Services Task Force.

In addition to her Yale degree, Dr. Kurth holds an AB from Princeton, an MPH. in population and family health from Columbia University, and a PhD in epidemiology from the University of Washington.

She succeeds another YSN alumna, Margaret Grey ’76 M.S.N., who will step down as dean on Aug. 31.

Holly Powell Kennedy, executive deputy dean and the Helen Varney Professor of Midwifery, will serve as the interim dean of YSN during the fall term (Sept. 1-Dec. 31). I am grateful that Professor Kennedy has agreed to take on this important role.

I would also like to thank the members of the search committee for the new dean for their hard work and dedication to finding the best candidate for the School of Nursing and for Yale. Deputy Provost Dr. Stephanie Spangler chaired the committee, which included Harold Attridge, Gail D’Onofrio, Holly Kennedy, Patrick O’Connor, Rafael Perez-Escamilla, Nancy Reynolds, Lois Sadler, Martha Swartz, Jacquelyn Taylor, and Julie Womack.

Once again, I want to extend my gratitude to Dean Grey, who has been a strong and visionary leader at YSN for the past 22 years. Both the Yale School of Nursing and the university have benefited from her contributions.

Members of the YSN community will have the opportunity to meet the new dean later this summer.

I hope you’ll join me in giving Ann Kurth a warm welcome to the university and wishing her success in her new role.”