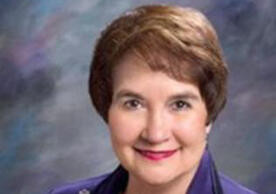 The National Institute of Nursing Research (NINR) at the National Institutes of Health (NIH) has a clear mission: to promote and improve the health of individuals, families, and communities. The NINR supports and conducts clinical, biobehavioral, and basic research that develops the scientific basis for clinical practice and is currently searching for its next permanent director.

The new leader will be just the third person to fill the role since NINR’s founding in 1986. Yale School of Nursing alumna Ada Sue Hinshaw ’63 MSN, PhD, RN, FAAN led the organization as its first permanent director, serving from 1987 to 1994.

When reached by phone, Hinshaw readily shared her eagerness to explore and expand the science of the nursing discipline.

NIH might not have originated the idea of a nursing institute at the outset but shifted gears quickly. “Once we got there, they decided if we were going to be part of NIH, we were going to be good. They got behind us full force,” Hinshaw said. “Nurses were better prepared to do research than many of the others who applied because they were PhDs rather than MDs,” Hinshaw said. And those nursing PhDs understood the essential commitment to the quality of scientific research.

“Nursing really introduced the whole concept of symptom management,” Hinshaw said. The discussion was no longer just about people having diseases, but also the nursing perspective on prevention.

While at NINR, Hinshaw worked hard to bring resources to the institute, starting with $11 million and then ending up at $50 million. In the beginning, there were two institutional research training grants, and the pressure for achieving the highest quality was ever present. NINR spent 10 percent of its budget on research training when other institutes were spending half as much. NINR was building the nation’s cadre of nurse scientists from scratch, and Hinshaw lobbied Congress and worked with policymakers to advocate for the cause.

“Congress was very good with us,” Hinshaw said. “It was an era of women and supporting and encouraging women’s professions. Nursing was advantaged by that. They wanted to see the profession grow.”

This emphasis on science and research is reflected throughout Hinshaw’s five-decade career. Hinshaw is Dean Emerita of the Daniel K. Inouye Graduate School of Nursing at the Uniformed Services University of the Health Sciences, where she served from 2008 to 2014. She also served as the president of the American Academy of Nursing, and as dean and professor of the University of Michigan School of Nursing. She was named a Living Legend by the American Academy of Nursing in 2011.

Among the many accolades Hinshaw has received for her work are the Nurse Scientist of the Year Award from the American Nurses Association’s Council of Nurse Researchers, the Midwest Nursing Research Society Lifetime Achievement Award, and the Distinguished Leader Award from NINR.

In addition to those distinctions, the Friends of the National Institute of Nursing Research (FNINR) has selected winners of the Ada Sue Hinshaw Award each year since 1994. YSN Dean Ann Kurth ’90 MSN, PhD, CNM, MPH, FAAN was honored as a recipient in 2015. Kurth is a member of the NIH search committee to hire the new director of NINR, and the announcement will be made later this year.  Beatrice Renfield Term Professor of Nursing Nancy S. Redeker, PhD, RN, FAHA, FAAN serves on the National Advisory Council for the NINR and as a 2019 Ambassador for the FNINR. 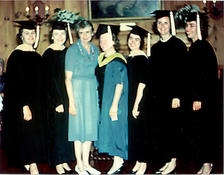 “Ada Sue Hinshaw has been an inspiration to generations of nurses throughout her exemplary career as a scientist, researcher, and advocate,” said Kurth. “Her dedication to better health for all people spans multiple areas of nursing science, including disease prevention and acute and chronic illness. The next director of the NINR will inherit an incredible legacy that Ada began when she first started building the NINR. We are all better for it.”