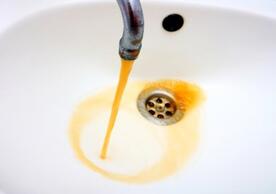 In an article published in npj Genomic Medicine, a Nature Publication Journal, Associate Professor of Nursing and Assistant Dean for Diversity and Inclusion, Jacquelyn Taylor, PhD, PNP-BC, RN, FAHA, FAAN, calls for “immediate action” by health care providers in the Flint, MI lead poisoning crisis. Taylor reports that all of the children that live in Flint have been exposed to lead in the drinking water.

The Center for Disease Control and Prevention (CDC) outlines that those tested for lead poisoning are considered safe if they have a blood lead level below 5μg/dl. Currently, children in Flint are being tested for lead poisoning, but do not receive follow-up care if their blood lead level is below the CDC defined amount of 5μg/dl. Taylor emphasizes that there is a significant flaw in this practice, because no amount of lead is safe and blood lead levels lower than the poison range can also be detrimental to a child’s health.

Taylor and her co-authors assert that all children must be tested for a specific genotype that makes them more vulnerable to lead poisoning. “A key factor, which almost certainly affects the range of susceptibility to lead poisoning, is a child’s genetic makeup,” wrote Taylor. The enzyme arylsulfatase A (ASA) is affected by lead in the central nervous system (CNS) and causes the death or impairment of oligodendroglia progenitor cells. Research suggests that decreased levels of ASA causes CNS dysfunction and presence of certain specific single nucleotide polymorphisms (SNPs) also reduce the levels of ASA resulting in a condition referred to as Arylsulfatase A Pseudo-deficiency (ARSA).

When an individual has carrier status for ARSA coupled with environmental lead exposure, the neurotoxic effects can be amplified even when the individual is exposed to low levels of environmental lead. Negative symptoms of lead exposure andARSA may include the following: high blood pressure, learning disabilities, behavior problems, tremors, seizure disorder, low sperm count, and other long-term neurotoxic effects.

In a past study of 107 African American children in Detroit (Long [Taylor], 2002), Taylor discovered that the aforementioned pseudo-deficiency affected 45% of African Americans in the sample, which is much more often than those of European descent (~14%). With more than 26,000 children residing in Flint, 60% of whom are African American, Taylor called for a more effective approach to treating the lead exposure crisis: “Genotyping, followed by targeted intervention in Flint of children who are at higher risk for lead poisoning should be carried out immediately, particularly for those who test below the poison mark and have the genotype for ARSA,” she said. Furthermore, she explained that those who are shown to be carriers for the genotype should be provided the same opportunities for treatment that children with high levels of lead exposure receive. 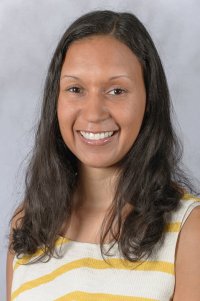 “As a Michigan native and genomic nurse scientist I am very concerned about the health and well-being of the people of Flint and I felt the need to comment on this situation in a scientific manner,” she said. “This terrible situation in Flint provides nurses and other health providers a unique opportunity to apply precision health care (genomics) and symptom science synergistically to improve the health of people affected by this tragedy.”

Going forward, the lessons learned during the Flint crisis can be applied to future cases or occurrences elsewhere. The methods that Taylor and her co-authors outline can be utilized in other at-risk communities both in the United States and around the world.

Dr. Taylor is currently in the second year of a $3.4 million grant from the National Institute of Nursing Research investigating the combined association of genomic, epigenomic, and psychological environmental factors on blood pressure among African American mothers and young children. NR013520.

Note: The 2002 article by Long [Taylor] was completed as a master’s thesis and final project for the Summer Genetics Institute at the National Institute of Nursing Research in 2001.