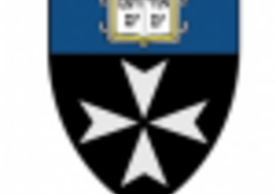 Yale School of Nursing (YSN) is one of only 32 schools of nursing nationwide to receive a grant to increase the number of nurses holding PhDs. The Robert Wood Johnson Foundation’s Future of Nursing Scholars program will provide financial support, mentoring, and leadership development to nurses who commit to earn their PhDs in three years. YSN will select two nursing students to receive this prestigious scholarship.

YSN is receiving its grant from RWJF. It will select the scholars in April and those students will begin the Future of Nursing Scholars program this summer and their PhD studies this fall.

“We are delighted to have received funding for this bold and exciting initiative from the RWJF Future of Nursing Scholars program,” said Robin Whittemore, YSN PhD program director and professor of nursing. “Our PhD graduates contribute greatly to the advancement of nursing science, education, and care around the globe. YSN’s new scholars will join Halley Ruppel and Bridget Hutchins, the school’s 2015 RWJF Future of Nursing Scholars.”

In its landmark nursing report, the Institute of Medicine recommended that the country double the number of nurses with doctorates; doing so will prepare and enable nurses to lead change to advance health, promote nurse-led science and discovery, and put more educators in place to prepare the next generation of nurses. The Future of Nursing Scholars program is intended to help address that recommendation.

“Since the release of the IOM report, enrollment in doctorate of nursing practice programs has increased in an incredible 160% from 2010 to 2014. However, the increase of PhD enrollment has only been 14.6%. At RWJF, we are striving to grow the number of nurses with PhDs who will be prepared to assume leadership positions across all levels,” said Susan Hassmiller, PhD, RN, FAAN, co-director of the program and RWJF’s senior adviser for nursing.

The number of nurses enrolled in PhD programs is not the only issue addressed by this program. The average age at which nurses get their PhDs in the United States is 46—13 years older than PhD earners in other fields. This program will provide an incentive for nurses to start PhD programs earlier, so that they can have long leadership careers after earning their PhDs.

“The Future of Nursing Scholars represent a group of students who are already making considerable contributions to the field,” said Julie Fairman, PhD, RN, FAAN, Future of Nursing Scholars program co-director. “These nurses are publishing their research and meeting with national leaders, while working at an advanced pace so that they can complete their PhD education in only three years.” Fairman is also the Nightingale professor of nursing and the chair of the Department of Biobehavioral Health Sciences at the University of Pennsylvania School of Nursing.

For more than 40 years the Robert Wood Johnson Foundation has worked to improve the health and health care of all Americans. We are striving to build a national Culture of Health that will enable all to live longer, healthier lives now and for generations to come. For more information, visit www.rwjf.org. Follow the Foundation on Twitter at www.rwjf.org/twitter or on Facebook at www.rwjf.org/facebook.