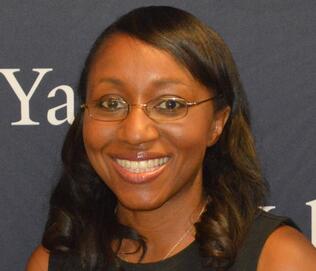 She is part of the original team that helped to re-open the hospital in 2015 after being closed for almost ten years. She is responsible for providing clinical leadership and expertise specifically focusing on mother and newborn infant care with an emphasis on perinatal outcomes such as cesarean sections, inductions, and breastfeeding rates. Kennetha’s experience includes nursing leadership throughout the care spectrum for various metropolitan hospitals. After completing her Master’s of Science in Nursing degree at UCLA, Kennetha started her nursing career as a Neonatal Intensive Care Unit (NICU) nurse caring for premature and compromised newborn infants. Nursing offered her the unique opportunity to integrate community-based experience with a more fundamental science and evidence-based delivery of nursing interventions.

Prior to nursing, Kennetha completed a Bachelor’s degree in Politics and Community Studies from UC Santa Cruz. Subsequently, she completed her Master’s degree in African American Studies at UCLA with a focus on Critical Race Theory, and structural inequalities in minority communities such as unemployment, inadequate housing and the lack of access to quality healthcare. Kennetha completed a second Master’s degree in Urban Planning, again at UCLA, with an emphasis on transportation and minority access to quality healthcare.