Alumni Board of Directors

The Yale School of Nursing Alumni Association (YSNAA) Board of Directors is an opportunity to engage with the greater YSN community in a leadership capacity. Members meet in New Haven annually and also collaborate on a number of initiatives via conference calls throughout the year. Nominations for new board members are typically collected throughout the winter months, and an election for their membership takes place each spring. 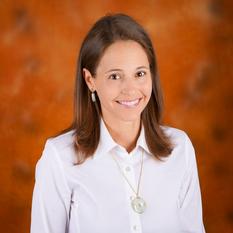 Christa Hartch is currently a PhD student and was named a University Graduate Fellow and Russell G. Hamilton Scholar at the Vanderbilt University School of Nursing. She is enrolled in the Health Services Research track. She has worked as a professor at the Norwalk Community College School of Nursing and Allied Health for the past seven years, where she taught in both the classroom and clinical setting at Greenwich Hospital. 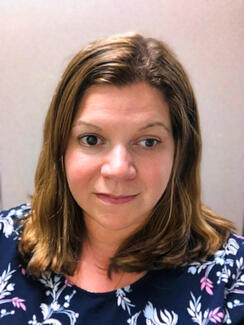 She is the former president of the Southern New England Chapter of the American Nephrology Nurses Association. She is a current member of the Sigma Theta Tau International Honor Society in Nursing, Delta Mu Chapter, and serves on the Medical Advisory Board for the End Stage Renal Disease Network in the New England region, a division of Centers for Medicare & Medicaid Services that oversees dialysis and transplantation practices. She is currently participating in an executive leadership program through the American Association of Nurse Practitioners.

Elyssa has a BA in developmental psychology and a BS in human biology from Framingham State University as well as a BSN from Pace University. She completed her MSN at Yale University in 2017. During her time as a student, she was heavily involved in the HAVEN Free Clinic and served as the student relations director, chair of sustainability and development, and a clinical volunteer. Elyssa is currently pursuing a clinical-track DNP through the University of Massachusetts. In her spare time, she enjoys reading, traveling, and advocating for improved care for patients with kidney disease in the United States and worldwide. 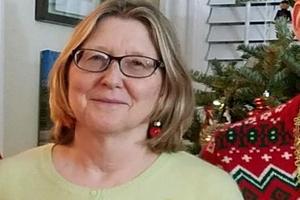 Nancy Kraus graduated from YSN in 1978 in the 2nd class of the GEPN program.  Her bachelor’s degree is in government from Oberlin College. She recently retired from clinical practice in New York City after thirty-nine years in women’s health care and in clinical instruction of midwifery students from five midwifery programs. Nancy is still married to the husband she met at Yale when he was a law student and has two sons and two delightful grandchildren. She has been very active with the New York State Association of Licensed Midwives, with local and national midwifery organizations, and with her Quaker Meeting. 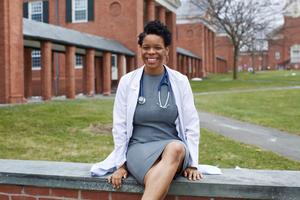 Fanta Bayoh graduated from Yale School of Nursing in 2018 and holds a BA from the University of California, Los Angeles. While at Yale, Fanta was involved in efforts to bring greater diversity and inclusion to the student body and co-founded the Minority Student Nurses Organization. She also volunteered at HAVEN Free Clinic, participated in the Yale Global Health Justice Partnership as a Student Fellow, and served as the President of the Yale Black Graduate Network. At commencement, Fanta was the recipient of two student awards for her leadership and outstanding performance in scholarship, research, and clinical practice. Most recently, Fanta completed a post-graduate fellowship in family medicine at the Institute for Family Health in New York City, NY. As a native of Los Angeles, Fanta is eager to strengthen the YSN alumni network on the west coast, particularly in California. 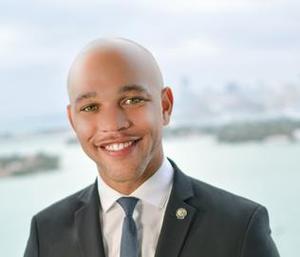 Stephan Davis, DNP, MHSA, NEA-BC, CENP, CNE, FACHE is an accomplished healthcare executive and educator. His leadership experience spans hospitals, health systems, insurance companies and various task forces and boards. He now serves as a clinical assistant professor at Georgia State University, primarily teaching courses on leadership, management and policy as well as community health. In addition, he travels the nation providing talks and seminars on healthcare leadership and management as well as diversity and inclusion.

Dr. Davis currently serves as the elected board director of leadership development for the Georgia Nurses Association, working to advance leadership excellence for the state’s more than 100,000 registered nurses and advanced practice nurses as well as nursing educators, researchers and executives. Additionally, he is an inaugural member of the leadership committee of the American College of Healthcare Executive’s LGBT forum and also serves as the forum’s newsletter editor.

In addition to his doctor of nursing practice from Yale School of Nursing, Davis holds a master’s degree in health systems administration from Georgetown University and a bachelor of science in nursing from the University of Maryland. He is currently completing a post-graduate fellowship in education in the health professions at Johns Hopkins University.

Dr. Davis is a fellow and serves on the faculty of the American College of Healthcare Executives. He is also board certified as an advanced nurse executive with the American Nurses Credentialing Center (ANCC) and is certified in executive nursing practice with the American Organization of Nurse Executives. Additionally, he is a Myers-Briggs Type Indicator (MBTI) certified practitioner and holds a certificate in coaching from the Association for Talent Development. He holds additional national board certifications in healthcare quality, finance and education. 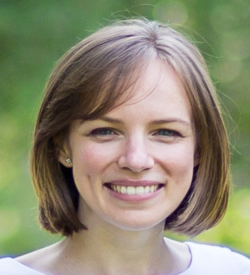 Kate Dzurilla graduated from YSN’s adult-gerontology acute care nurse practitioner program in 2018. She is originally from Syosset, NY. She has a BA in neuroscience from Pomona College and a BSN from Columbia University School of Nursing. Kate began her career at the University of Texas Southwestern Medical Center as a research coordinator for the Infectious Disease and Psychiatry Departments on a study examining access to healthcare and improvement in HIV viral load using a patient navigator intervention for HIV-positive, substance-abusing inpatients at Parkland Hospital. Subsequently, she worked in the Pulmonary and Critical Care Department as the lead research coordinator for multiple clinical trials for patients with pulmonary fibrosis.

Kate particularly enjoys student and career mentorship. She has been a volunteer admissions interviewer for Pomona College for 5 years, interviewing prospective students for potential undergraduate admission to the college. She is also the Pomona College Career Development Office’s main contact for students who are interested in an advanced practice provider role or other careers in healthcare and has mentored Pomona students. While at Yale, she worked for the Office of Career Strategy as a career advisor, where she conducted mock interviews and application/essay reviews for students applying to healthcare professions. She has stayed involved with YSN in a similar capacity as a volunteer career mentor, resume reviewer, and career panelist.

After graduating from YSN, Kate worked as nurse practitioner on the Hospitalist Service at Yale New Haven Hospital. She will be moving to New York City this summer to start a position as a nurse practitioner in Inpatient Medicine at New York University Langone Hospital. Her primary clinical interests are in general medicine and cardiology. As she gains clinical experience, she is hoping to incorporate clinical research and student preceptorship into her practice. In her spare time, you can find Kate lifting at the gym, learning about local history and architecture, and spending time outdoors with her husband. 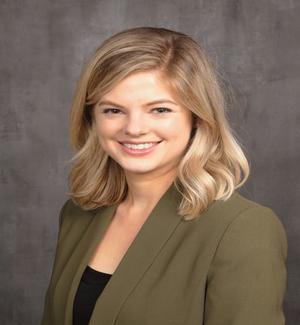 Julie Edwards is a board-certified family nurse practitioner. After completing her training at Yale School of Nursing she has focused her work on the integration of primary care and addiction medicine. She works at a behavioral health organization in New Jersey, working at the intersection of primary care, mental health, and substance use disorder treatment. Her areas of interest include interprofessional education, harm reduction, and integration of physical and mental health. She believes that NPs are a key solution to solving problems in access and barriers to care. 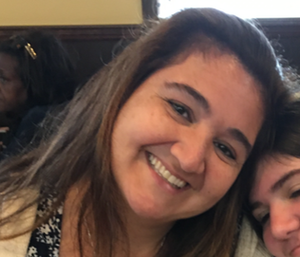 Laura currently serves as an adult psychiatric-mental health clinical nurse specialist (CNS) at both Hartford Hospital and Yale New Haven Hospital in psychiatric emergency services. Prior to her current position, she was fortunate to work in an outpatient mental health setting at Cornell Scott Hill Health Center, a community clinic for patients in the New Haven community. She graduated from SUNY, Purchase College in Purchase, New York in 1994 where she earned a BA in psychology. While attending Yale School of Nursing, GEPN program, she was accepted into the joint degree program with the Yale School of Public Health with a concentration in policy. She completed the program earning her MSN and MPH in 2000. Laura enjoys spending her time with family, their new puppy and anything puny. 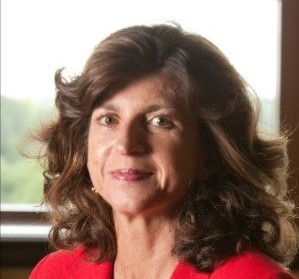 Caroline was appointed to the executive council of 3M Health Information Systems (3M HIS), serving most of the largest US payers, providers, vendors, national organizations and international ministries of health. Executive management spanned from Global Business Strategy, Marketing, Business Unit operations/financials, Design for Six Sigma and Clinical & Economic Research during an era that 3M HIS was responsible for ICD-10 creation, VBC/reimbursement grouper design (e.g. DRGs, bundles, episodes, preventable readmissions, etc.) and US implementation under CMS contract. 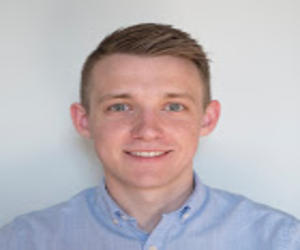 Elliott Race graduated from Yale School of Nursing in 2018. He had previously worked as a registered nurse in Cleveland Ohio as part of the Cleveland Clinic’s Heart and Vascular Institute. He is now back in Cleveland working as a nurse practitioner specializing in pulmonary medicine with the Cleveland Clinic Respiratory Institute. While at Yale, he served as both the education director and the chairman of the sustainability and development committee at HAVEN Free Clinic. Elliot currently volunteers with various organizations promoting smoking cessation and lung cancer screening and is pursuing a JD with the goal of becoming more involved in healthcare policy in the Midwest. 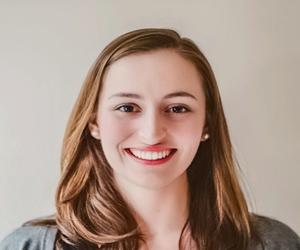 Elizabeth Silvers is a 2019 graduate of the GEPN MSN program in primary care pediatrics. During her first year at YSN she became a student committee member of the YSNAA Board and assisted in efforts to increase student awareness of the YSNAA student-alumni relationship. She also assisted the mentoring committee in organizing student-mentor dyads and helped organize materials for YSN’s annual Yale Day of Service project Newborns in Need. In her role as professional development chair in the Student Government Organization, Elizabeth served as a liaison between students and alumni. She aims to advocate for student opportunities to connect with alumni while in school in order to strengthen the community and professional network.

Elizabeth currently works as a developmental behavioral pediatric nurse practitioner at Cortica in San Francisco, CA. In her free time, she enjoys playing and following tennis, piano, and exploring her neighborhood.

YAA BOARD OF GOVERNORS REPRESENTATIVES