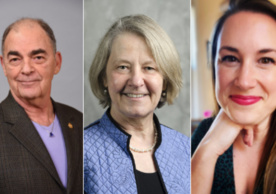 “It is always a highlight of the year and a great honor to recognize our Distinguished Alumni award winners,” said YSN Alumni Association President Christa Hartch ’02 MSN, RN. “Their contributions to the nursing profession and to society never cease to amaze and inspire us. We are particularly excited to celebrate the inaugural Decade Award winner and are planning to continue this award in the future. While we have missed celebrating our winners in person, we look forward to doing so in 2022!”

Brandman’s advance practice career has included the roles of graduate and undergraduate nursing faculty at the University of Hawai`i at Manoa, clinical preceptor, consultant, leadership in health care policy, clinician, and cultural entrepreneur.

Brandman is a certified Holographic Memory Resolution Practitioner (CHMRP) and was the first Psychiatric Mental Health Nurse Practitioners (PMHNP) in Hawai`i. He was Hawai`i’s first PMHNP to become a primary care provider (PCP) in 2009, after the legislature mandated third-party payers to recognize APRNs as PCPs.

In 2007, he co-founded the Hawai`i Association of Professional Nurses and served as the founding president. He is a co-founder of the American Psychiatric Nurses Association Hawai`i chapter and a president. He is a former member-at-large of the American Psychiatric Nurses Association Board of Directors and former member of the Board of Directors of the YSNAA. He is also a member of the Hawai`i State Center for Nursing’s APRN Practice and Policy Committee.

Brandman has been an active member of the American Association of Nurse Practitioners (AANP) since 2005, when he received the State Award of Excellence Nurse Practitioner. He has been a Fellow of the AANP since 2011. He is also the recipient of numerous awards from the Gamma Psi Chapter-at-Large of Sigma Theta Tau International Honor Society of Nursing, including the 2010 Kupono Award.

Also an author, Brandman wrote Misery or Happiness: It’s ALL About Energy, a self-help book for nurses and their patients. As the clinical director of his corporation, Ke`ena Mauliola Nele Paia, he has become an expert on bipolar disorder and serves as a consultant for Sunovion, AbbVie, and Otsuka America Pharmaceutical, Inc.

Clark was a member of the YSN midwifery class of 1979. She entered YSN with a BA in philosophy from Yale University, which she considers to be just what was needed to prepare her to be a certified nurse midwife. For Clark, having the opportunity for a Yale education brought with it the profound responsibility to benefit the society that made that education possible in the first place. Thus, for 42 years she has used her YSN nurse-midwifery education to teach in midwifery graduate programs as well as to provide full scope midwifery care in New Haven, the Bronx, and San Diego.

In the last 21 years she has developed and worked with midwifery, nursing, and medical colleagues in many international peer-to-peer collaborative education programs. For example, she has worked directly and taught with midwives and other health care providers in South Africa, Uganda, Kenya, Rwanda, Cambodia, Afghanistan, Haiti, and Ecuador.

Clark’s PhD is in sociology from the University of California at San Diego and her scholarship and publications are focused on topics related to the development of ethical international midwifery education. She has been on the faculty of Seattle University College of Nursing since 2007 where she

was also Track Lead of Midwifery.

Finally, since graduation from YSN, Terri has been an active member of the American College of Nurse-Midwives. She has presented at their annual conferences many times and has held several leadership roles at the local, state, and national levels.

Tillman (she/her) is a midwife in Chicago. She completed her undergraduate degree in Global Health and Medical Anthropology at the University of Michigan, and her graduate degree in Midwifery at YSN. She is on the Board of Directors of the Midwest Access Project and Nurses for Sexual and Reproductive Health and is an Advisory Committee member of the Queer and Transgender Midwives Association.

Earlier this year, Stephanie completed a Clinical Medical Ethics Fellowship at the University of Chicago, where she focused on consent in pelvic care, and this fall will begin a PhD in Health Care Ethics focusing on the same topic. She was recently inducted as a Fellow of the American College of Nurse Midwives, where she also serves as a member of the Ethics Committee.

Tillman blogs under the name Feminist Midwife, and through that online platform, academic and public writing, and professional speaking engagements, seeks to interact with providers and consumers in conversations about consent in health provision, ethics, queer care, sex positivity, anti-racism, nurses and advanced practice clinicians in abortion care, and trauma-informed frameworks. Find her on social media @FeministMidwife.

this article and many more can be found in the newest issue of yale nursing matters, read more.