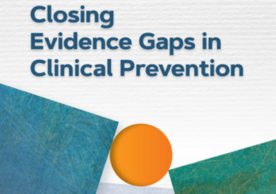 The report aims to improve the coordination of efforts to describe and communicate priority evidence gaps among funders and researchers. It also proposes new opportunities for collaboration among researchers, funders, and guideline developers to accelerate research that could close evidence gaps.

The committee has also developed an interactive graphic that can be used as a workflow diagram for implementing the taxonomy. This workflow walks users through reviewing evidence, characterizing evidence gaps using relevant taxonomies, and developing a research agenda. Click here to view and engage with the interactive graphic.