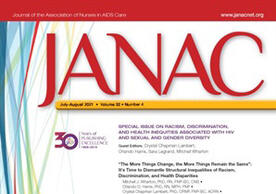 Yale School of Nursing (YSN)’s Commitment to Anti-Racism and statement of solidarity with the Black community were recently cited in a paper for the current issue of Journal of the Association of Nurses in AIDS Care that analyzed similar documents from 18 schools of nursing and three prominent nursing organizations following the murder of George Floyd.

The authors conducted a thematic analysis of the professional organizations and a content analysis on statements from the schools of nursing, concluding that the themes were generally aligned.

The six themes explored throughout the article are:

YSN is one of 10 schools with a statement that includes all six themes, but one of only a handful that directly calls for confronting White supremacy or White privilege in the fight against racism. As quoted in the paper, the YSN statement reads, in part, “To achieve better health for all people, we acknowledge White supremacy as an insidious, toxic, and expansive system that must be renounced, including within our school.”

Read the full article in the journal’s July-August 2021 issue here.