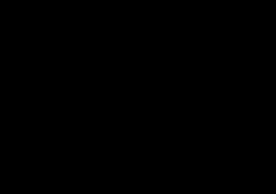 As the nation suffers the events of the past several weeks—events that have also occurred over the past four centuries of American history—YSN stands in solidarity with Black communities across the United States whose voices are front and center demanding an end to the existing system of anti-Black racism and police violence. We recently witnessed a White woman’s attempt to activate police force to inflict punishment on Christian Cooper, a Black man who had asked her to follow the rules posted in a New York City public park. That same day, video footage showed the heinous death of George Floyd in Minneapolis by police officers, who have now been charged with murder. Ahmaud Arbery was tracked and killed by a former district attorney investigator and his son while he was jogging in Brunswick, GA. No arrests were made until a video documenting the encounter surfaced and led to national protests. In Kentucky, Breonna Taylor, a Black woman and emergency medical technician planning to become a nurse, was killed by police who entered her apartment without identification. These are only the latest examples in a long history of police violence deployed against Black people in the United States.

As Yale Nurses, we are concerned with alleviating suffering and promoting better health for all people. We also realize that at this time, many of you are hurting and feeling anguish at the realities of the systematic racial injustices in our society that are now exposed. YSN leadership is actively working with the Inclusion, Diversity, Equity, & Action Solutions (IDEAS) Council and others in response to the most recent violence to create a specific action plan for our school. I will soon be sharing details about action steps that all of us at the school will take. Community members are encouraged to send any inquiries, comments, or recommendation to the IDEAS Council (ysn.ideas@yale.edu).

Words, mourning, and memorialization are important. But a concrete plan of action is overdue.

I am grateful to everyone who has already reached out to me to share their thoughts and experiences. Please take care of yourselves in the coming days as you use your voices to promote justice and equity, and stay safe.