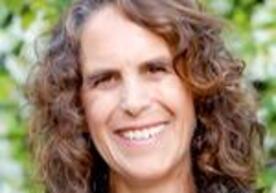 Rebekah Kaplan ’89 MSN, CNM, died on November 16 after a bicycle accident. As a midwife of over 30 years her career spanned the North Central Bronx to UCSF/San Francisco General Hospital where she taught midwifery students for over two decades. She was widely respected for her expertise, compassion, energy, and dedication to those she served.

Kaplan was honored multiple times for her excellence in teaching, most recently by the UCSF School of Nursing for her clinical mentoring in 2017. She was also honored by the American College of Nurses and Midwives in 2017, 2006, and 2002.

She is survived by her husband David Burk and two boys Ezra and Emmitt.

She will be hugely missed by her many communities, including at the Yale School of Nursing.